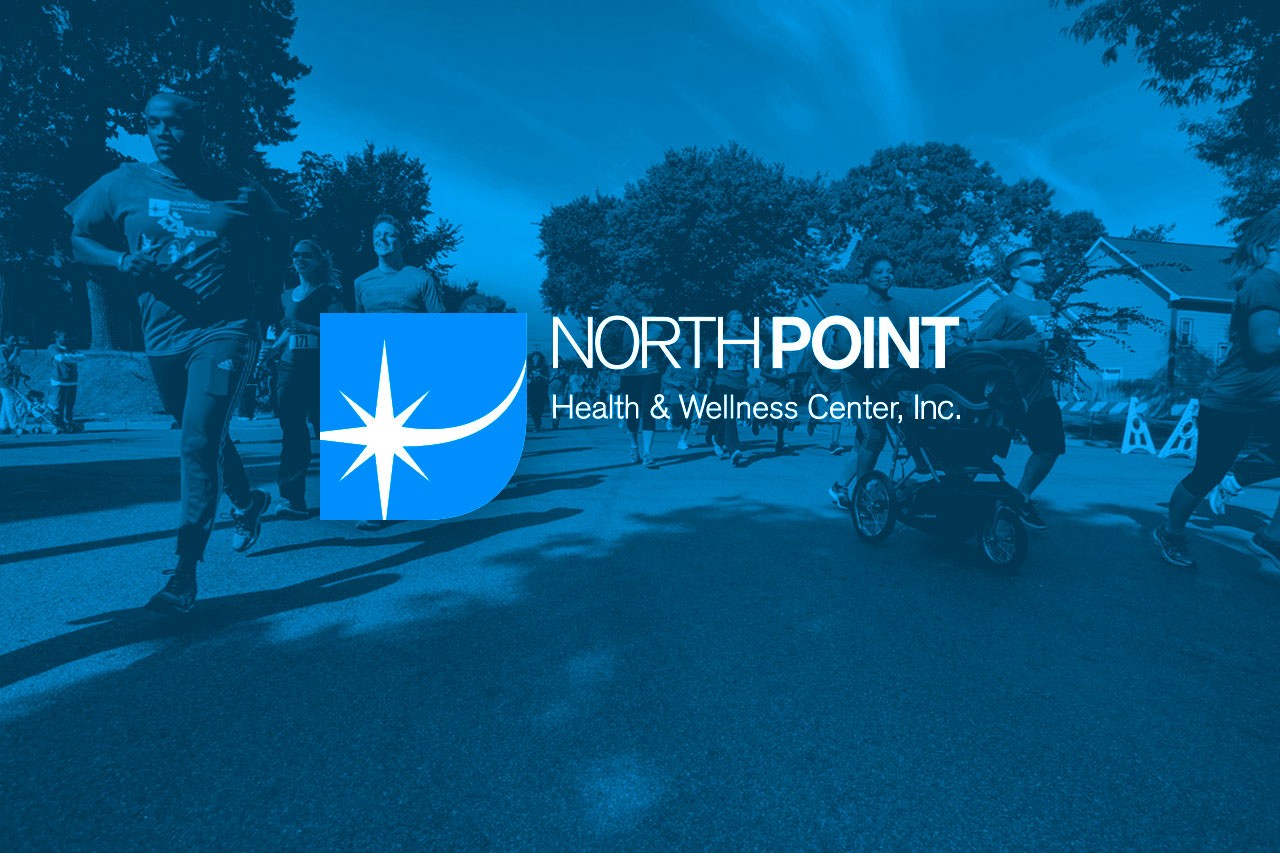 It is administered through a partnership between Hennepin County and a Community Board of Directors comprising NorthPoint’s patients and people who live and/or work in the community. NorthPoint strives to improve the physical and socio-economic health of the North Minneapolis community through an integrated model of health and human services.

Partnering to Create a Healthier Community

NorthPoint Health & Wellness Center sets a standard of excellence in providing culturally responsive, integrated, holistic primary health and social services that strengthens our community and the lives of the people we serve. We are leaders and partners in a shared vision of a healthy, environmentally safe, and economically stable, self-reliant community.

We meet each others’ cultural needs and embrace our cultural differences and create an environment honoring each other’s dignity and contributions.

We create a caring environment that encourages healing, growth, and well-being, and delivers accessible and responsive health care and human services.

We earn the enduring goodwill of our clients, our patients and their families, and we are accountable and hold ourselves to high standards.

We support the rapid diffusion of new ideas and new technology, and deliver an integrated holistic approach to health and human services.

We treat each other fairly, and behave ethically.

See what NorthPoint Inc. accomplished by reviewing the annual reports and financial information:

NorthPoint Health & Wellness Center is led by a Community Board of Directors.  See more about our leadership.

NorthPoint Health & Wellness Center (formerly Pilot City) is a private nonprofit health and human services agency serving North Minneapolis residents. NorthPoint’s 50-year history and legacy represents a commitment that has weathered social, community, and economic changes and challenges. Its roots are closely linked to the civil rights movement of the 1960s, a period that saw blatant racial disturbances and inequalities in urban communities across the country, including Minneapolis.

An important element of celebrating our first 50 years of serving the North Minneapolis community is reflecting on and understanding where we have come from. In understanding our past, we can better prepare for the future.

Bringing About Change in North Minneapolis
In 1960, the City of Minneapolis conducted a survey to identify the problems of blight and decay taking place in North Minneapolis. Residents of the Northside indicated the need for services within their local community in the areas of health, employment, education, and housing. The survey report, known as the Community Improvement Program Report (CIPR), was released in 1965 and revealed that the inner ring of the city was in dire need of physical and social improvement. On April 14, 1967, the City adopted Decision ’67, a community action program for the entire city.

At the same time as the City of Minneapolis was studying the impact of social and economic inequalities in its communities, President Johnson initiated the nationwide Neighborhood Services Program (NSP) in 1967 as part of the Johnson Administration’s War on Poverty. Five independent federal agencies collaborated on the establishment of multi-purpose social service centers in poor urban neighborhoods across the country, including Minneapolis.

The “Pilot City” Model
Working with the federal government, the City of Minneapolis, and local community leaders, the Pilot City Program was developed in North Minneapolis as one of the original 13 Neighborhood Service Programs (NSP).

At the time, the population of the Northside was 52,000. Participating agencies were charged with providing the community with accessible comprehensive social services to meet the needs of low-income and disenfranchised communities. As a demonstration or “pilot” project, Pilot City was designed to pave the way for future programs. The model combined public health and clinical medicine under one roof. It was noted at the time, that “the problems of health are closely inter-related to the problems of poverty, education, housing, employment, human relations, and community disorganization.” These inter-related relationships were what the Pilot City Program was aimed at. In addition, the early vision for community health centers was that they not only provided access to health care for poor communities, but were centers for economic development, education, and social justice.

Getting Things Rolling
The Role of the Technical Advisory Committee
Once the Pilot City Program was approved for the North Minneapolis community, a Technical Advisory Committee (TAC) was established to collaborate with a planning team to oversee its development and implementation. The TAC, comprised of 12 representatives from city, county, and state agencies as well as 12 area residents, served as the policy-making body and directed the planning staff. It was noted at the time, that “above all, the [Pilot City] proposal is the work of Minneapolis Northside residents who have spent countless hours of volunteer work in making Northside needs known, translating needs into programs, and putting programs into the Neighborhood Services Program (Pilot City).

From its earliest days, the importance of ongoing neighborhood outreach and public information were seen as integral components of Pilot City’s service to the community. Resident organizers helped coordinate small group resident meetings so the planning team could listen to their needs and present various parts of the plan for their feedback. Among the priorities was a “service first” philosophy that would ensure quality health care for all without regard to eligibility status (for public assistance). Fees would be based on ability to pay.

In 1968 the TAC was expanded to include 16 residents and 16 agency representatives. This new group became the Technical Advisory Committee to Implement Community Services, Inc (TACTICS). The group was instrumental in the planning and development of the Minneapolis Pilot City program. At this time, the Beth El synagogue was sold to the City of Minneapolis and transformed into the Pilot City Health Center. Pilot City began offering social services programming and soon became the first medical clinic to be located on the Northside. In March 1969, 1,200 patients were seen and in May the dental clinic began seeing patients. Just a few months later, Pilot City’s mental health services were underway.

Here’s a look at NorthPoint’s milestones over its 50-year history and the ways in which it has grown and adapted to meet the growing needs of the community it serves:

The 1970s
This decade would to bring about significant growth and change at Pilot City. The organization expanded to five offices throughout North Minneapolis which provided more than a dozen programs. In 1973, the program lost considerable federal funding. However, Hennepin County stepped in to provide direct funding. Soon, Pilot City was able to break ground for construction of a new building to house the Pilot City Regional Center.

A year later, the Human Services building was completed which allowed Pilot City to house programs such as: Big Brother, Big Sisters; Putting It All Together, University of Minnesota Extension classes, Metropolitan Visiting Nurses Association, furniture pickup, and a tool lending program. In 1979, the Pilot City Emergency Food Shelf began its operations. Today, the building remains in operation as the NorthPoint Human Services Building.

The 1980s
Once again, Pilot City suffered the loss of significant federal funding which resulted in the closure of three satellite clinics and a staffing decrease from 56 to 28.

By 1987, as Pilot City celebrated 20 years of service, its service area had grown to 16 neighborhoods, 25,950 households, and a Northside population of 66,358. The Pilot City Regional Center now housed 18 social service programs plus a health center to meet the needs of the local community. Pilot City’s emergency food services provided 240,344 meals to 38,378 individuals. No one was turned away.

The 2000s
At the start of the new millennium, the Pilot City Health Center was positioning itself for significant growth. Pilot City’s new resident-led Community Board of Directors began providing leadership to Pilot City as the organization developed a series of mergers including:

Pilot City Health Center now became known as NorthPoint Health & Wellness Center. In November 2000, Commissioner Mark Stenglein, along with his colleagues on the Hennepin County Board, created the North Minneapolis Health Advisory Committee (NMHAC) to look at the health needs of residents of North Minneapolis. The Committee made four significant recommendations that NorthPoint continues to focus on:

In 2006, NorthPoint was approved for funding as a public entity community health center. Through a unique co-applicant agreement, the Hennepin County Board of Commissioners began sharing governance of NorthPoint Health and Wellness Center with NorthPoint, Inc., (formerly Pilot City Neighborhood Services) while maintaining fiscal responsibility for the health care operations. NorthPoint, Inc. is an independent nonprofit social/human services agency co-located with the NorthPoint Health and Wellness Center. The close working relationship between the two entities was designed to improve patient/client care through the integration of health and human services on the NorthPoint campus.

During this time, NorthPoint underwent clinic remodeling to increase capacity. The project was completed in 2008 which included expansion of services into the lower level of the building.

NorthPoint developed an important program for women, the annual See, Test & Treat breast and cervical cancer outreach program which provides mammograms and breast cancer screenings at no cost to patients. Another important development for NorthPoint was its ranking as 5th top clinic in Minnesota for diabetes care and treatment.

The first decade of the new millennium also brought about technological changes to NorthPoint as its dental clinic converted to digital medical records to allow for faster service and instant review of results. NorthPoint’s medical clinic transitioned to an electronic health record system to increase access to medical charts for patients and health care providers.

In 2010, the NorthPoint campus became smoke free, leading to other Hennepin County buildings going smoke free the following year. Another important milestone: NorthPoint became the first federally qualified health center in Minnesota to be certified as a Health Care Home.

In 2015, NorthPoint opened a satellite clinic at the Heritage Park Senior Living Center. NorthPoint partnered with other organizations to provide an array of services including the YMCA; Odom Health and Wellness; Augustana Care’s Learning Lab; Grace Home Health & Hospice; and Augustana Open Circle Adult Day Services. The center would later change its name to The Cora McCorvey Health & Wellness Center.

In 2017, NorthPoint opened a satellite clinic at the new 800 West Broadway Center. The Center represents a collaborative effort to bring together employment services, education, health care, and community services under one roof to increase employment, educational opportunities, and access to an array of health care services. NorthPoint provides services to improve the health and well-being of members of the North Minneapolis community including medical, dental, behavioral health and human services.

Today, NorthPoint is the last remaining community health center in Minnesota that came out of the Pilot City models of the 1960s. NorthPoint also has the designation as a federally qualified health care center. Federally Qualified Health Centers are community-based health care providers that receive funds from the Health Resources & Services Administration Health Center Program to provide primary care services in underserved areas. These Centers must meet a stringent set of requirements, including providing care on a sliding fee scale based on ability to pay, and operating under a governing board that includes patients, such as NorthPoint’s Community Board.

It is important to note that NorthPoint is still guided by the core principles and values the organization was first founded upon in the late 1960s. They remain in place as part of NorthPoint’s commitment to our community today and into the future:

As the sole survivor of those early Neighborhood Services Programs, NorthPoint Health & Wellness Center not only aims to offer emergency services to families in crisis, but continues to develop programs and services that empower our patients and clients through intervention, prevention, and targeted outreach.

NorthPoint will continue its 50-year legacy and vision as we move forward in charting our future in partnership with our patients, clients, community partners, and the North Minneapolis community. We look forward to serving our community for another 50 years!

Learn more about our campus expansion

A “federally qualified health care center” is a federal payment option that enables qualified providers in medically underserved areas to receive cost-based Medicare and Medicaid reimbursement and allows for the direct reimbursement of nurse practitioners, physician assistants, and certified nurse midwives. Federal legislation creating this category was enacted in 1989.

Learn About Our Innovation Group